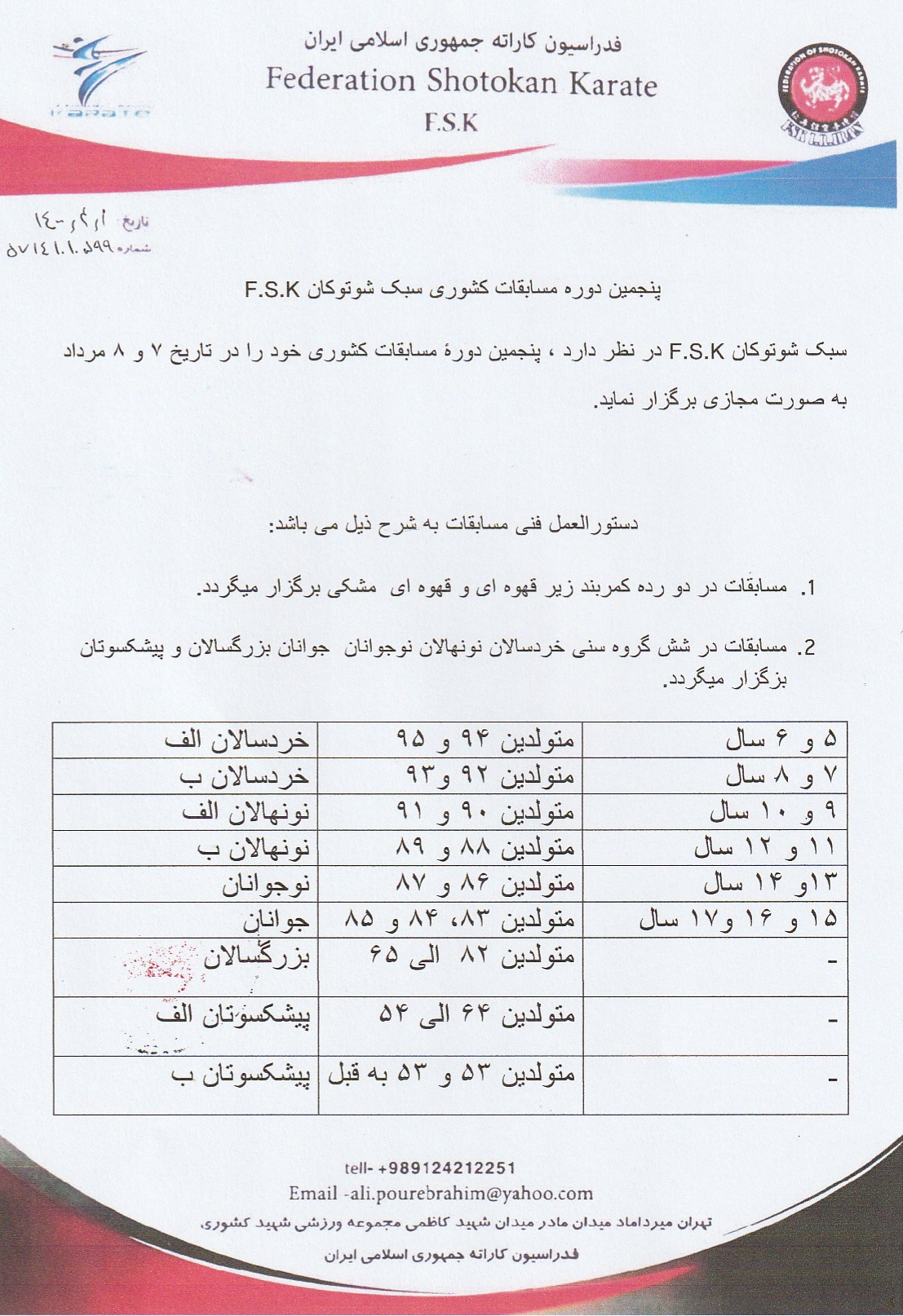 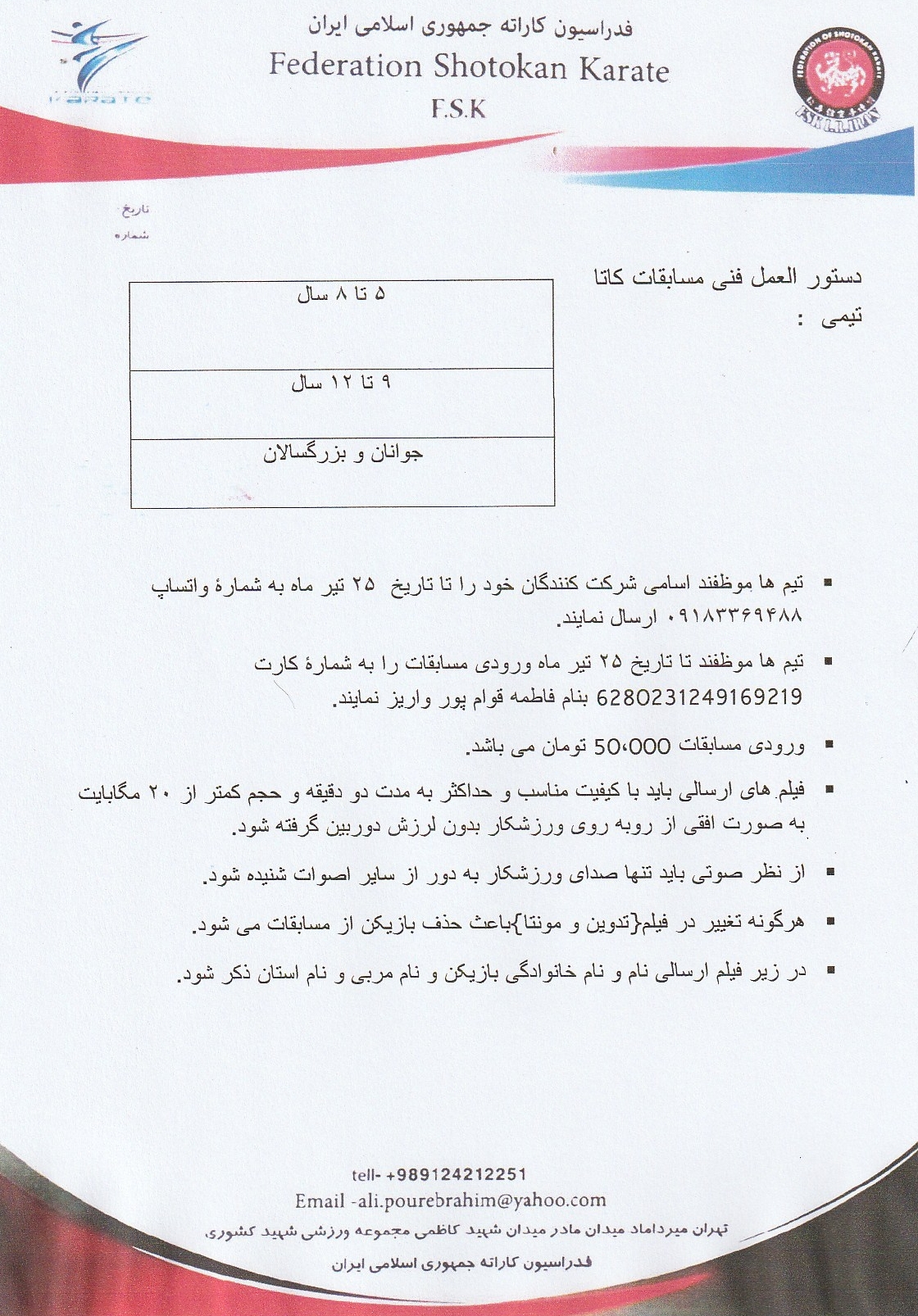 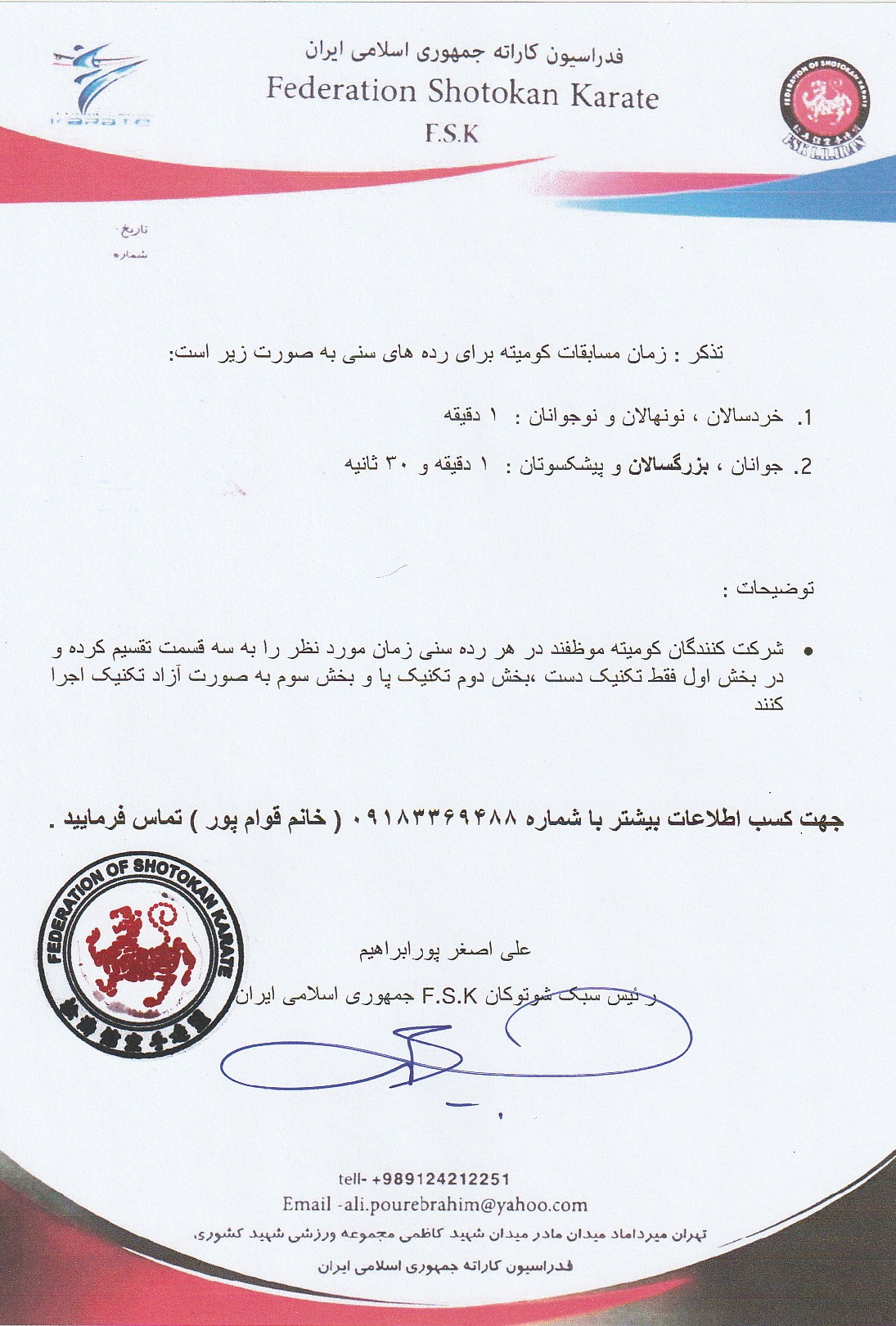 According to the public relations of Shotokan FSK Iran and quoted by Ali Asghar Pourebrahim, the esteemed head of style; The second FSK Shotokan International Tournament of Iran from 14 to 17 March 2021 with the participation of 650 participants from Azerbaijan, India, Serbia, Oman, Iraq, Croatia and the Islamic Republic of Iran (including teams from the provinces of Tehran-Lorestan-Kerman-Kermanshah - Kurdistan - Sistan and Baluchestan - Qom - Fars - Mazandaran - Khorasan - Khuzestan - Isfahan and other clubs inthecountry ...) was held.

The names of the champions and medalists of this competition are as follows. 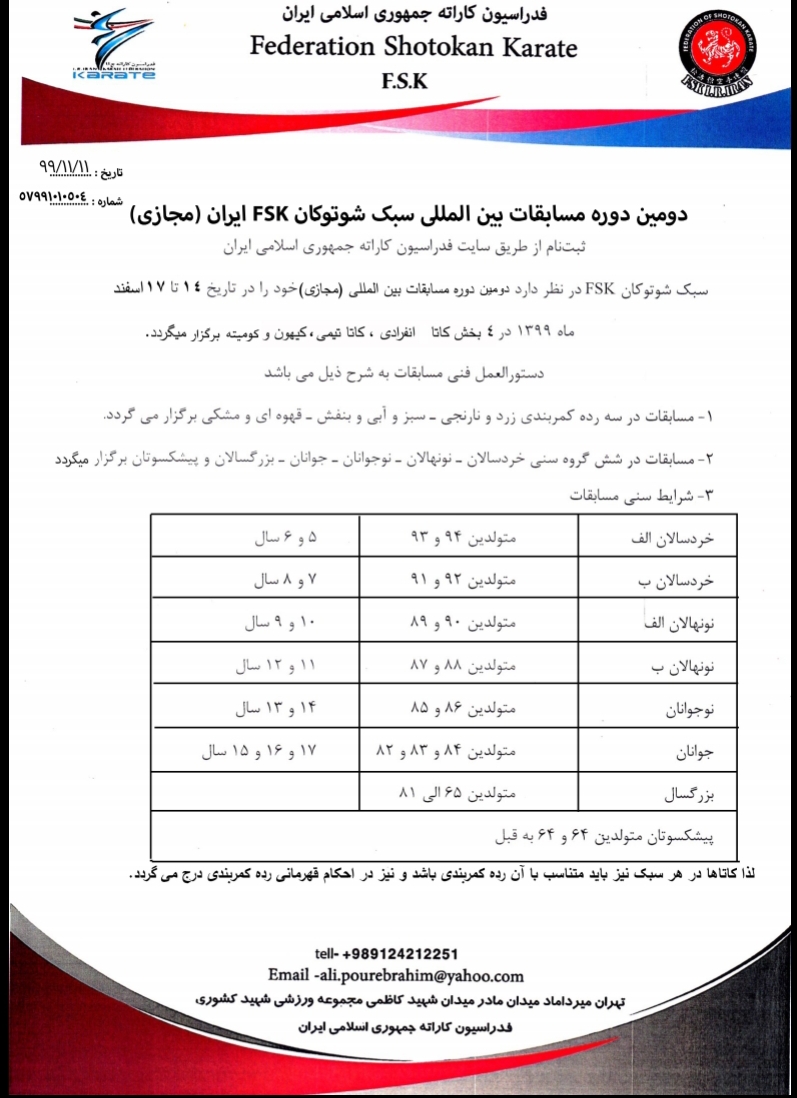 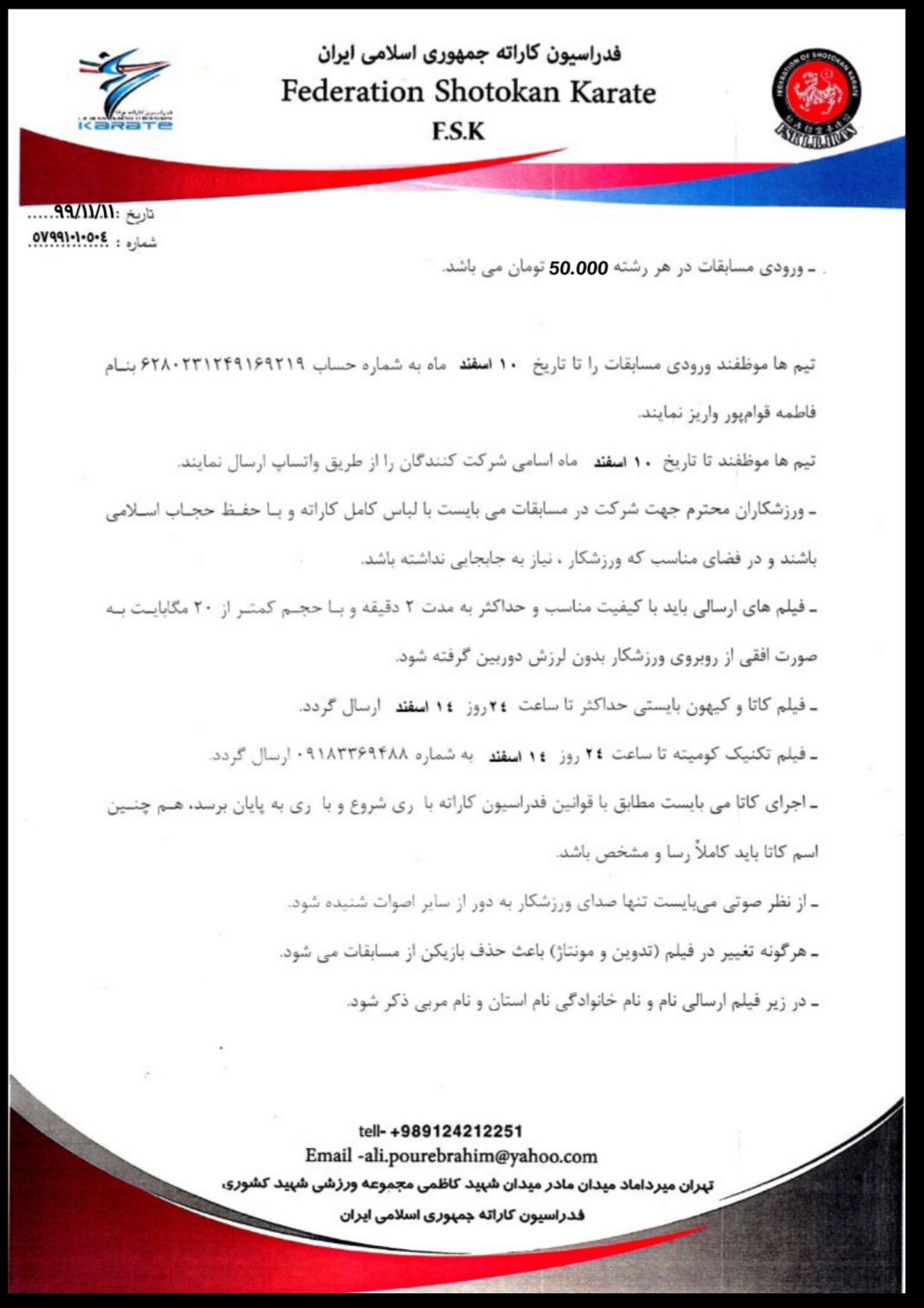 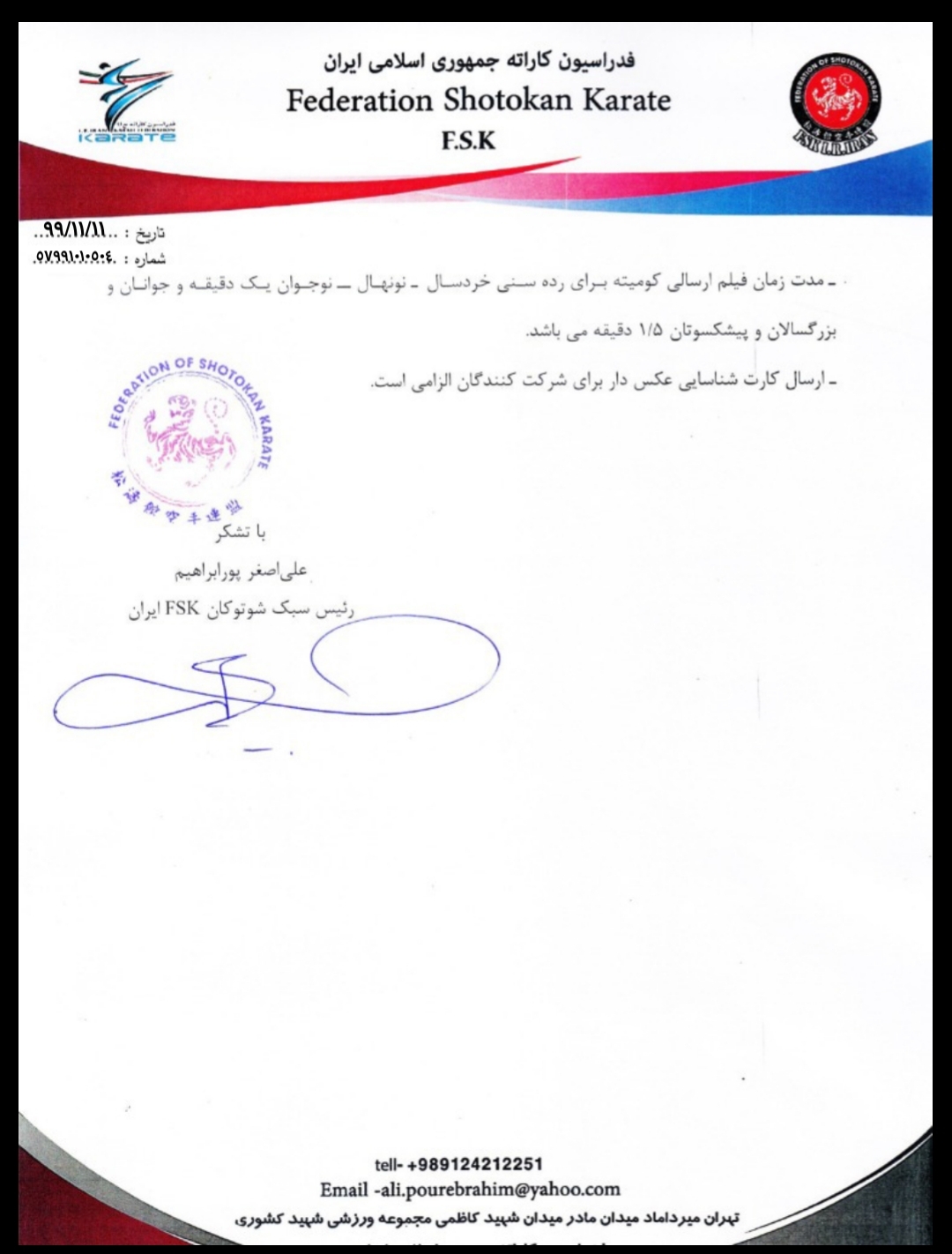